Oktoberfest, Munich | We came, we saw, we drank.

Well, this is officially my first post on DOT DOT DOT. I suppose it is only fitting that it should be about our adventure to Munich, Germany for Oktoberfest. For those who don't know, I'm pretty much obsessed with beer, so Oktoberfest in Munich was a dream come true. 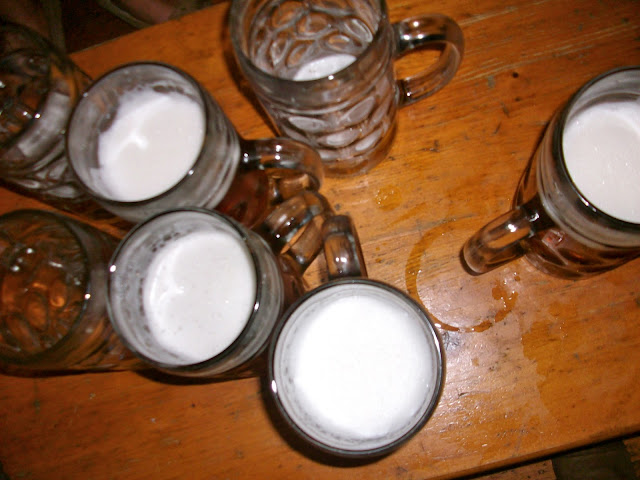 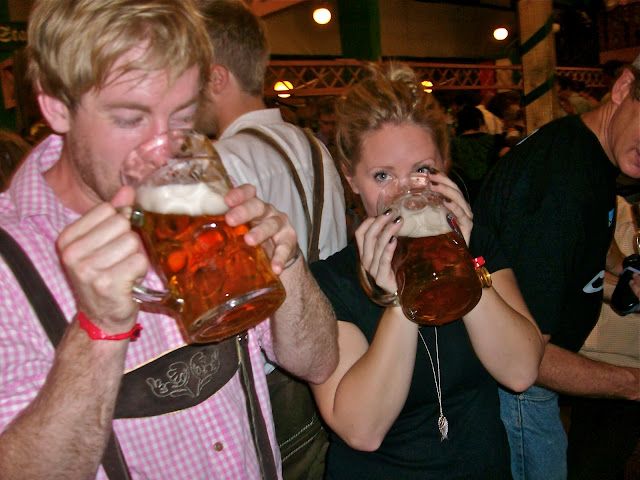 I only had a vague idea of what to expect from this trip: beer, bratwurst, not a lot of English and lederhosen. That was all very accurate, but I had also been told that as a beer lover I would be disappointed by the selection of beer, though the limited selection would be very, very tasty. I definitely agree with the very, very tasty part but I must make it clear that I was by no means disappointed by the beer options offered. Munich boosts a handful of extremely well established breweries, and though you may not have the vast selection of beer you might find in the American and Canadian craft brewing scene, there are about five different styles brewed on a regular basis that the Bavarians have sworn by for hundreds of years, along with several more seasonal brews. 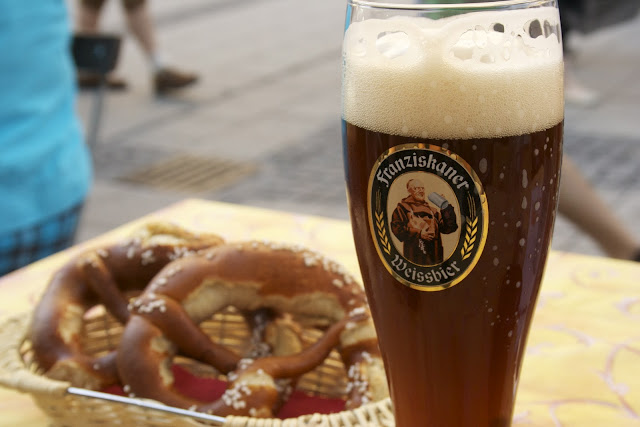 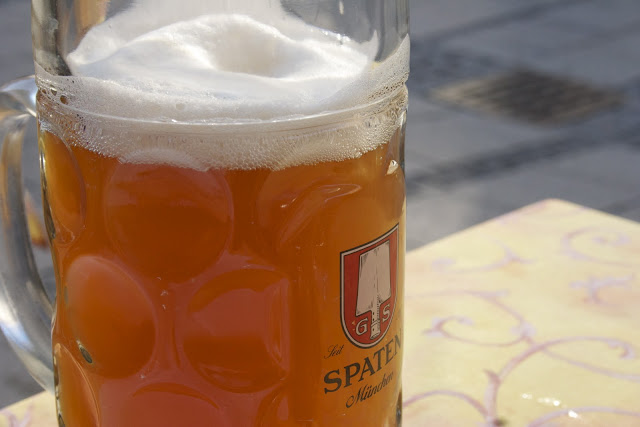 The city of Munich itself was absolutely unreal. It set a pretty high precedent for the other European cities we are yet to visit. It is one of the most beautiful cities I've ever been to. The historic buildings were spectacularly grandiose and extremely well taken care of. The city was incredibly clean with the exception of the late hours after the closing of the Oktoberfest fair grounds, but by the next morning, the mess was gone. 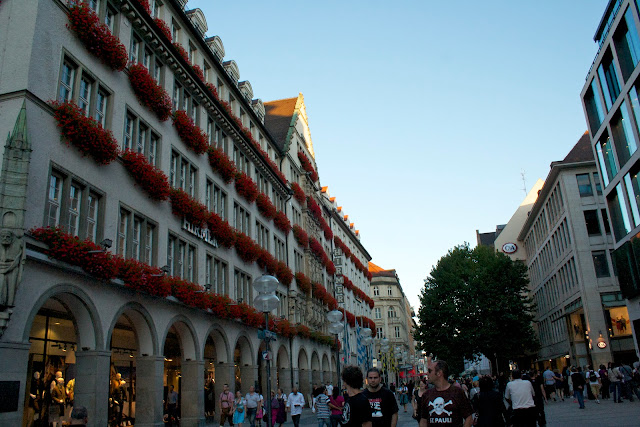 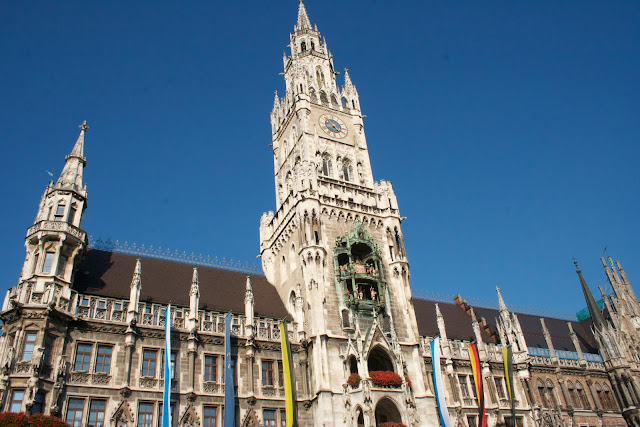 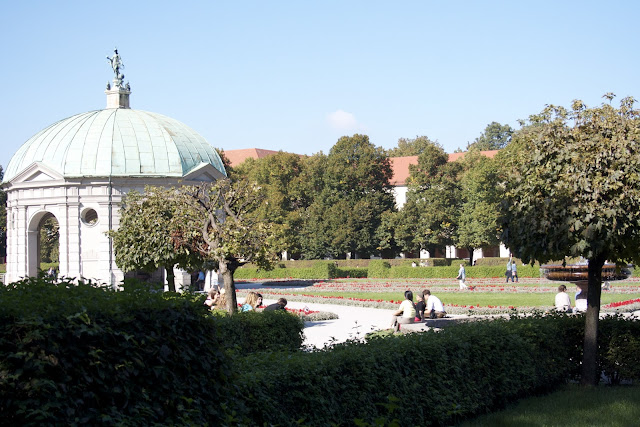 Oktoberfest has to be the most impressive festival in the world. Not only is this a beer drinking festival but there is a ton of food as well as impressive rides. Not the sketchy, carney-operated, death machines one would find at the CNE, but full on roller coasters similar to ones at Canada's Wonderland. Though the rides were impressive, the beer tents were mind boggling. Barely resembling a tent at all, these massive structures house huge kitchens and thousands of people at a time, and are constructed for the two week festival, only to be taken down again at the end. Words alone cannot explain how amazing this event is, one needs to experience the atmosphere and revelry to truly appreciate it. 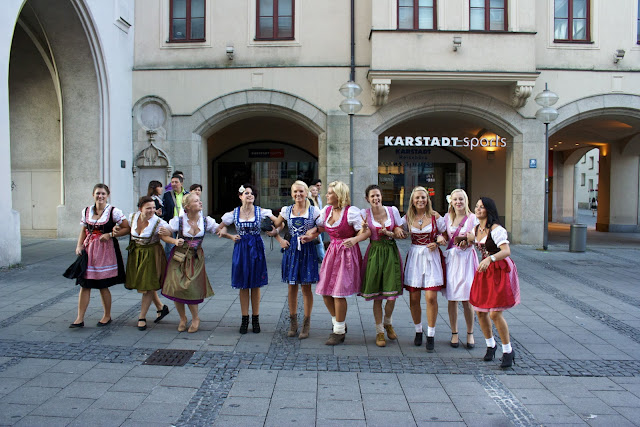