I had heard of Julian Garner from a widely eclectic group acquaintance and friends over the past few years. If I said I like his work I would be lying, I adore it. He is an extremely talented artist who works of a variety of mediums - from canvas to skin (he is also a tattoo artist). His talent is undeniable.

He will be speaking in Ottawa at next Friday's Creative Mornings talk. In promotion of the even APT 613 ran an article that includes all the event details as well as a short interview with Julian in which he speaks to our rapidly developing city, I like what he had to say so I decided to share it. Take a look below or at the entire article here. 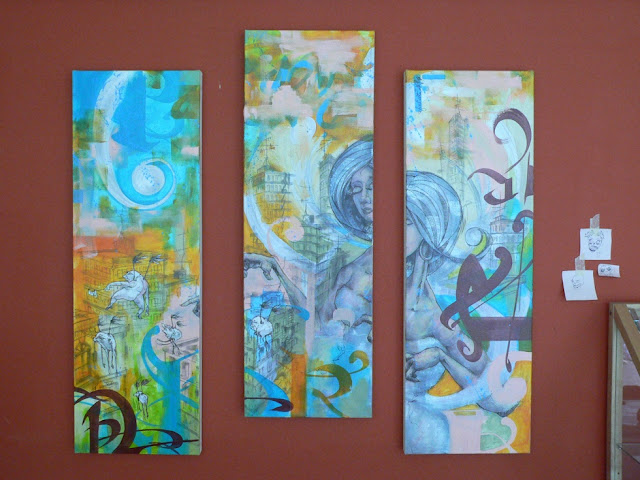 Also apparent will be Garner’s consideration of and worry for the city in which he works. “I want people in Ottawa right now to be very aware and careful about how the city moves forward,” Garner says. He explains that Ottawa, like most of North America, has something of a gentrification problem. “Areas that have lower income are usually what attract artists,” he says. “They’ll move in and set up studio space in those areas, usually because the rent is affordable.”

And that would be fine, he says, except that these places are fleeting, like drying oases in a desert. “These neighborhoods become very special,” he explains. “The people are very involved and you have a real sense of community.” But then it all disappears. “The condos, developers, everyone moves in. And it gets destroyed.”

Furthermore, he says that Ottawa’s bylaws are typically unfriendly to artists. “The way I look at Ottawa is that it’s a city that wants to appear as if no one actually lives here. That seems to be the way the government handles things.”