I have heard this idea tossed around for years now and I am by no means in touch with any wakeboard scene, anywhere. Craig and Charlie actually did it this year (in between the snow and wakeboard seasons when some boys are at their most delusional.) With a massive amount of help from two HalfCab members (Andy and Bob) these boys managed to snag some pretty awesome footage and cool shots. Charlie also managed to send himself to the hospital but not before finishing out the session with a nasty gash.

Craig's been posting lots and lots of photos from their adventure that can be checked out on halfcab.ca. 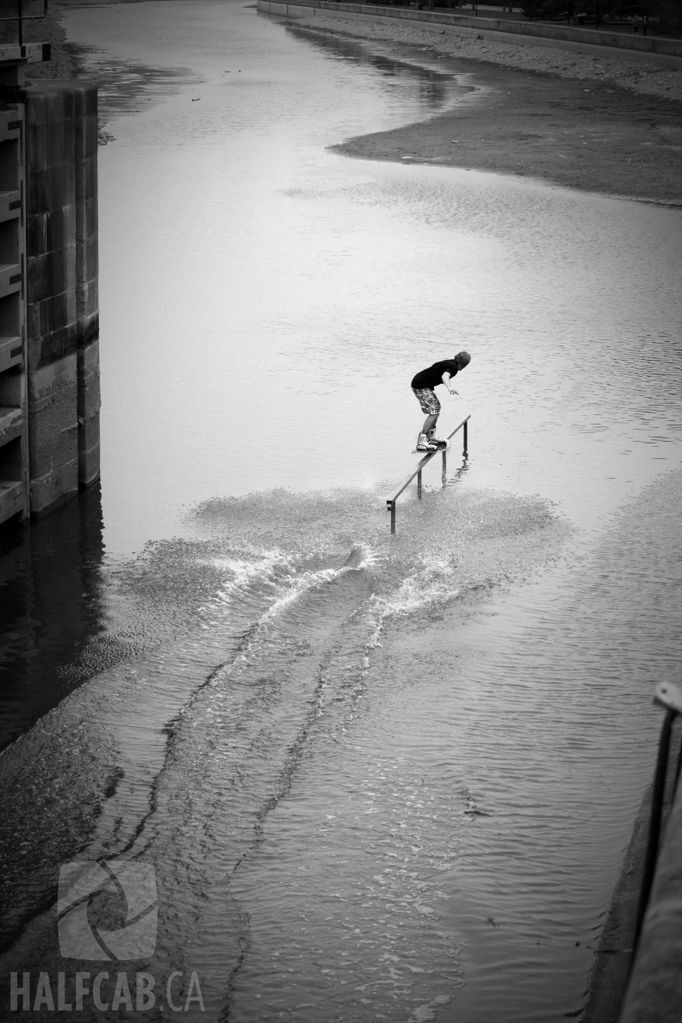