Germany has been by far my favourite country. Though the food was heavy, it was comforting. There was lots of Weissbier (Weißbier in German) to be enjoyed, which just so happens to be my favourite.

Berlin in particular may have been one of my most admired stops on our trip. I could easily go back to that city and spend another week or two wandering around. We have a lot of photos from Berlin on account that its a pretty inspiring city and also because we got an awesome little tour of the city from a local. A local by choice at that. He'd been living there for the past 8 years, but was originally from Glasgow, Scotland. He majored in Germany History and had a passion for street art which gave the tour a very interesting perspective.

Although we didn't see all the monuments and important political buildings that most people visiting the city would have, we spent our day learning about the history of the divided city and where it's cultural vibrance came from. We wandered around downtown Mitte and ended up in Kreuzberg. I learned and retained more information in that one day then from the entirety of my grade 10 history class.

We did manage to find some time to enjoy the tastier things in Berlin. Justin insisted on checking out a joint called konnopke-imbiss that he had heard about. Of course, this was for currywurst.  It was delicious and eaten in almostcomplete purely gluttonous silence while we watched a storm roll in. A day of travelling builds up a hell of an appetite. 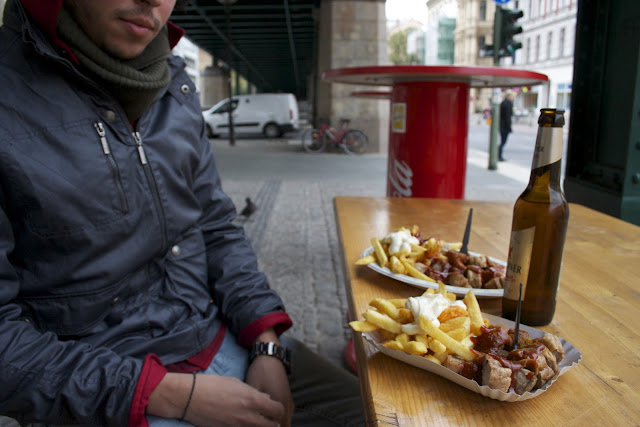 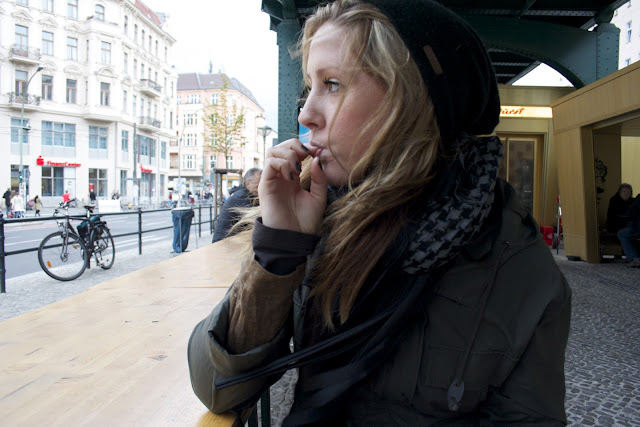 As recommended by a friend we thankfully checked out Bonanza Coffee House. The coffee was simply put, incredible (thank you Sarah)! We even bought extra to bring back to Switzerland for Rob. 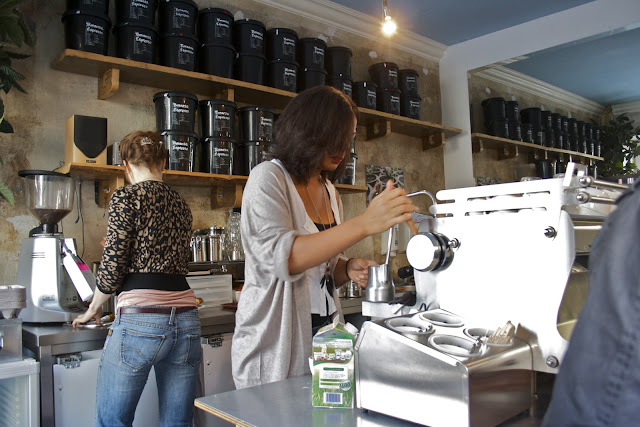 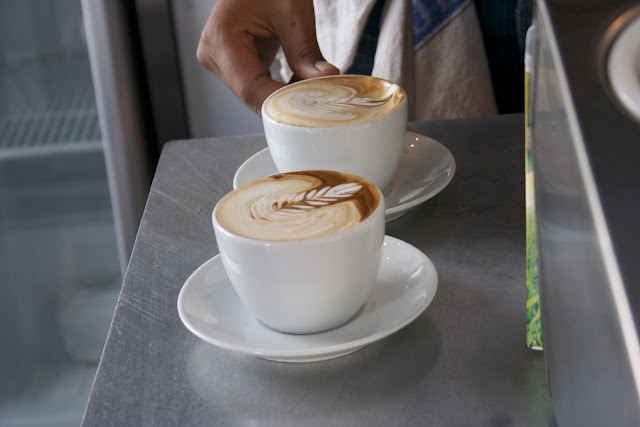 After coffee we started to check stuff out. (Below: Dead Chicken Alley) 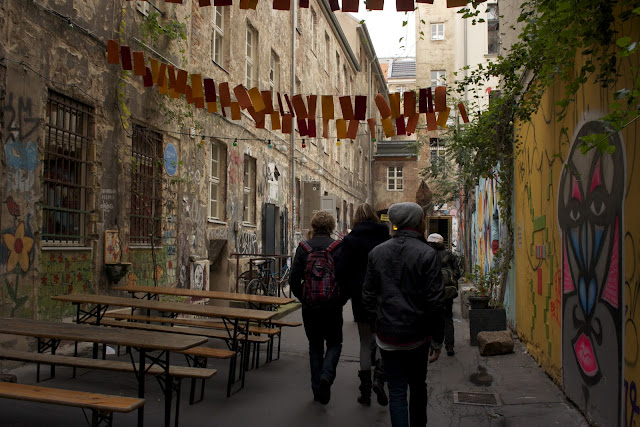 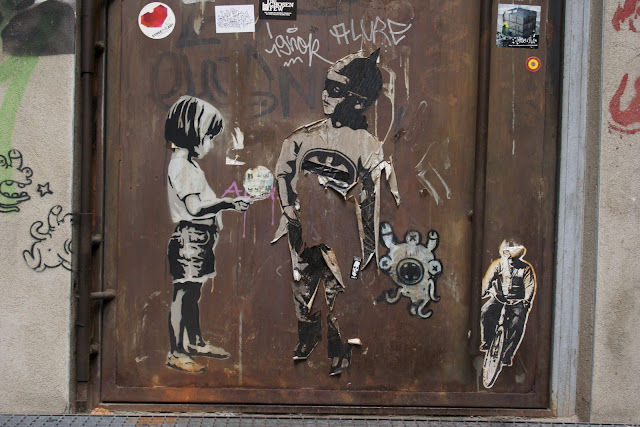 Below: Staircase to an art/record shop of some sort. 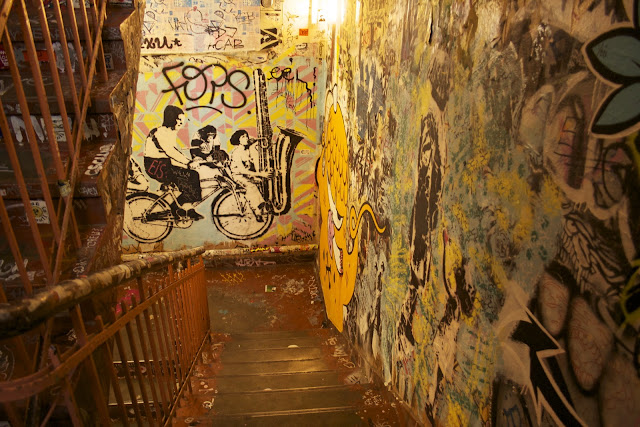 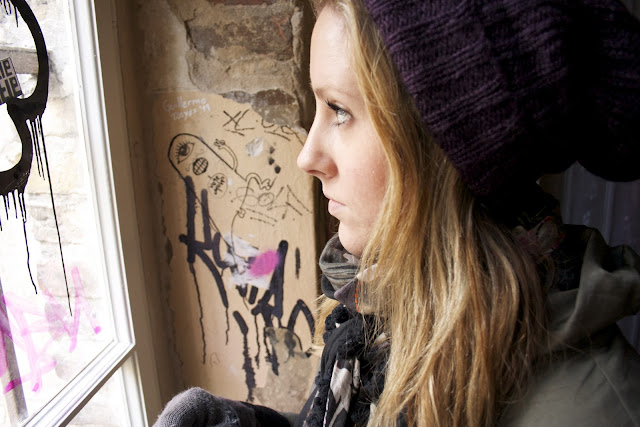 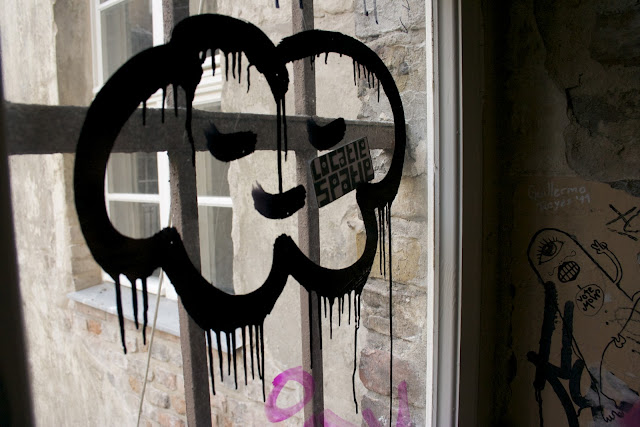 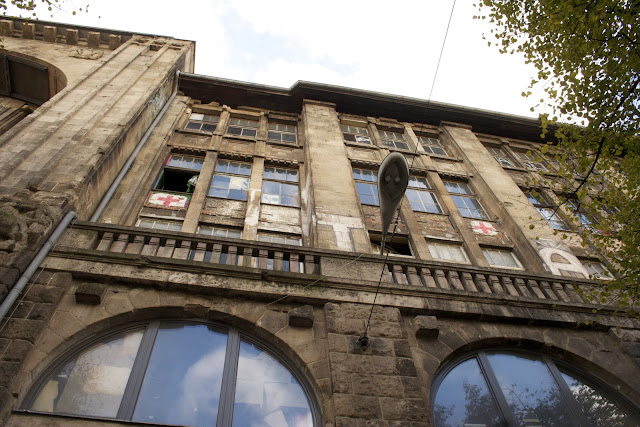 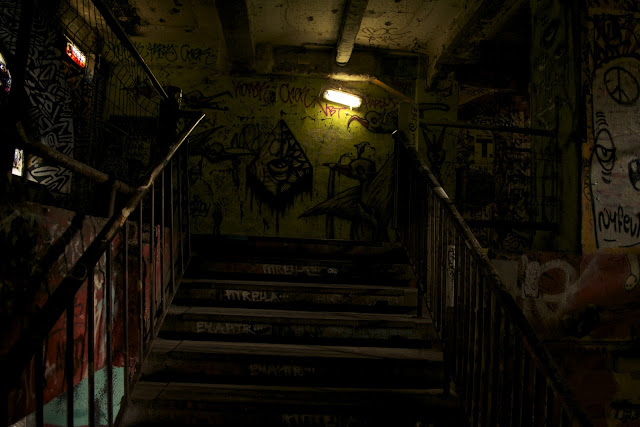 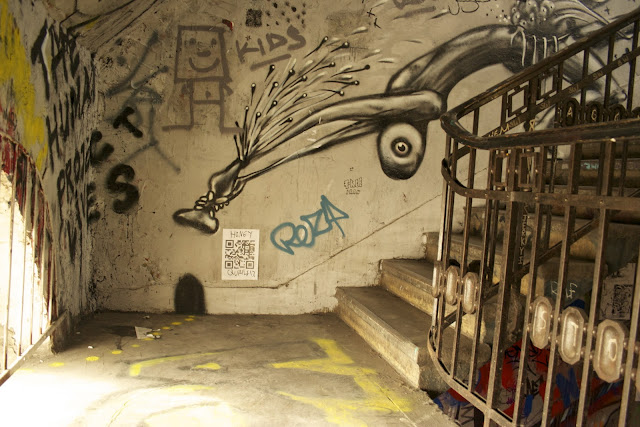 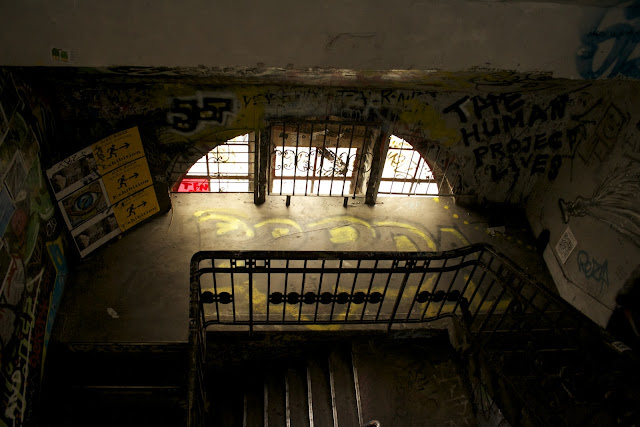 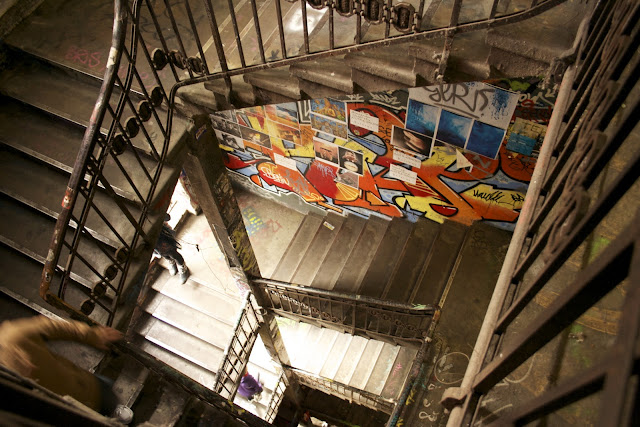 Below: Urban garden beside a van squat that is apart of the Kunstraum Kreuzberg/Bethanien abandoned-hospital-turned-art-gallery space. They have large communal dinners to give back to the community that allows them to stay there, peacefully. 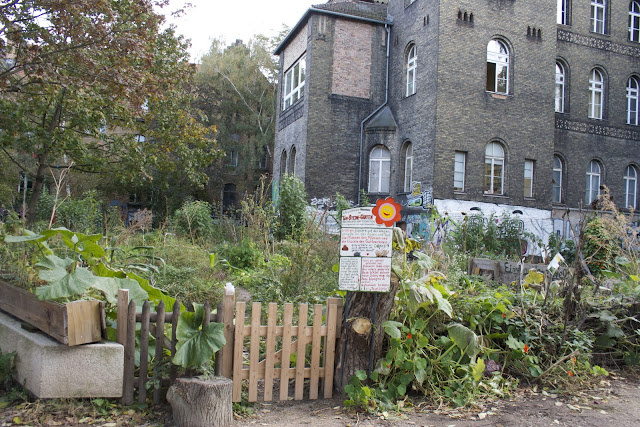 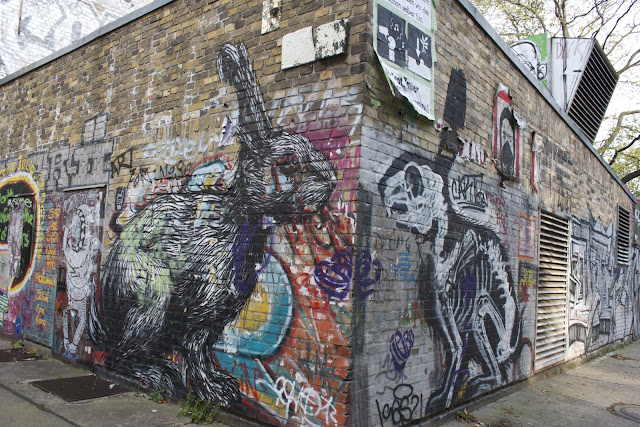 Below: Tripping stones in Berlin. These stones are all across several German cities, commemorating holocaust victims. Each are inscribed with the victims' information outside their last known residence. 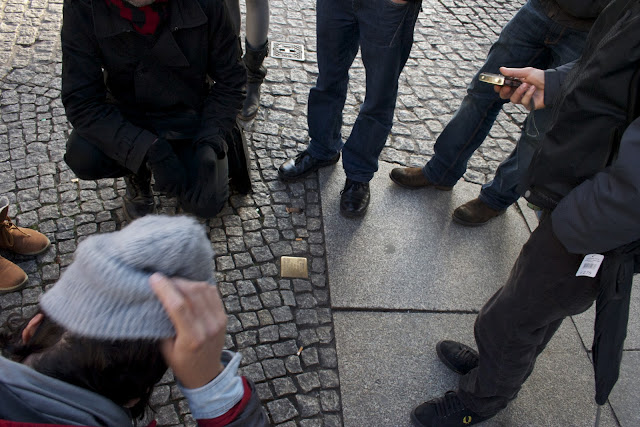 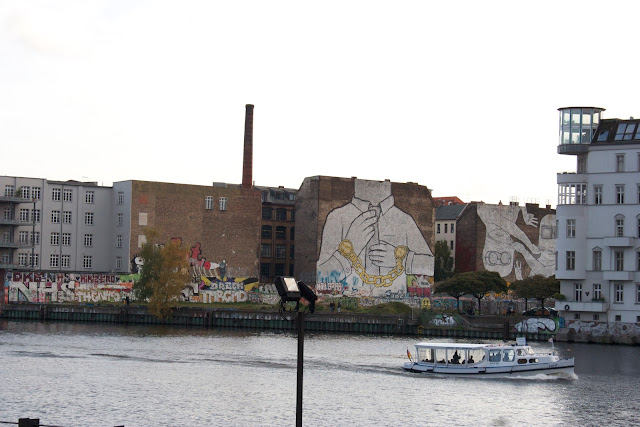 Below: Pieces of the Berlin wall, painted by several prolific street artists in honour of upcoming 50th anniversary of the building of the wall. 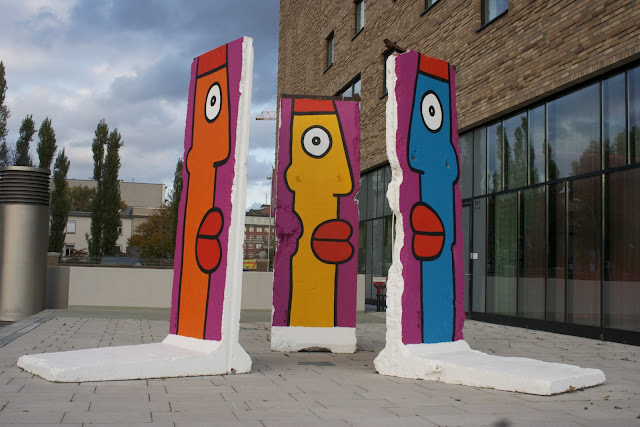 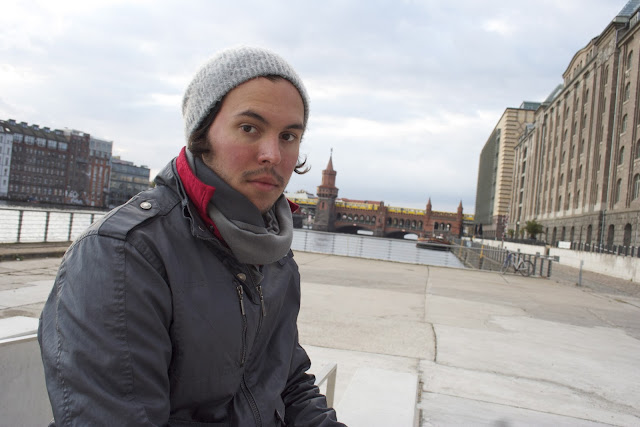 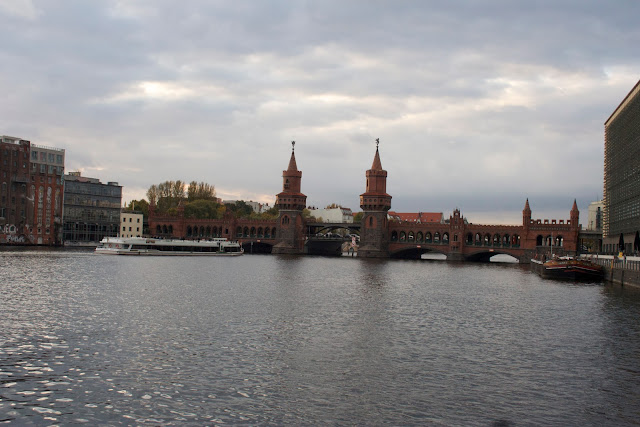 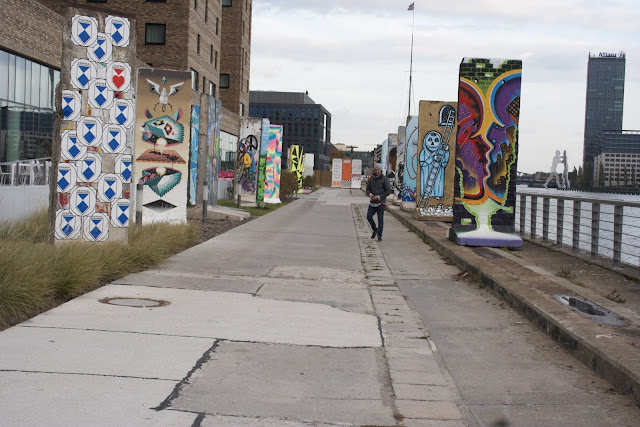 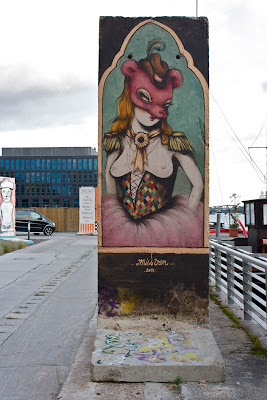 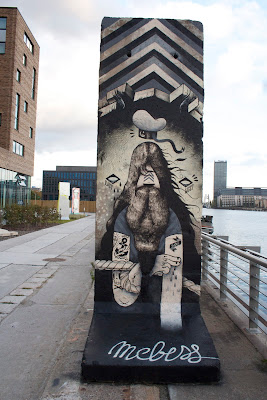 We managed to hit up two more typical visits in Berlin after it begun to get dark: "also knows as the" Holocauste Memorial and the Brandenburg Gate. 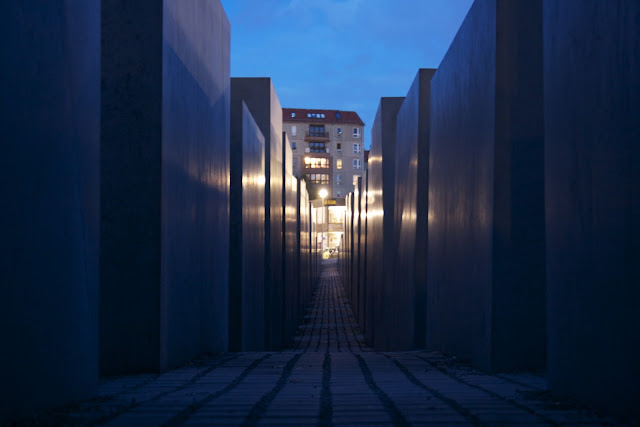 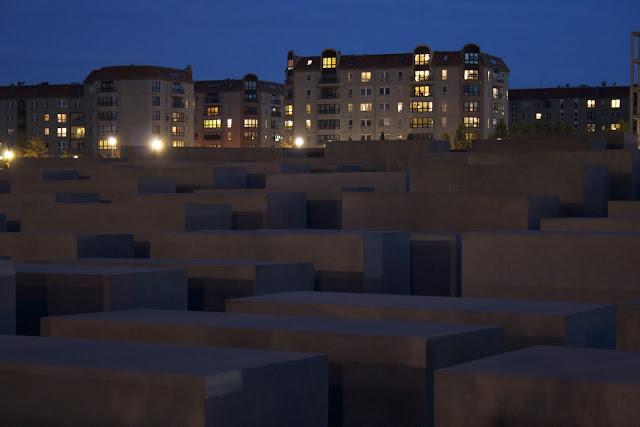 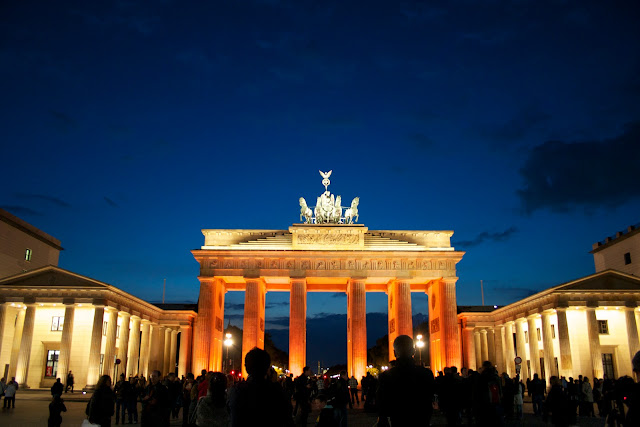 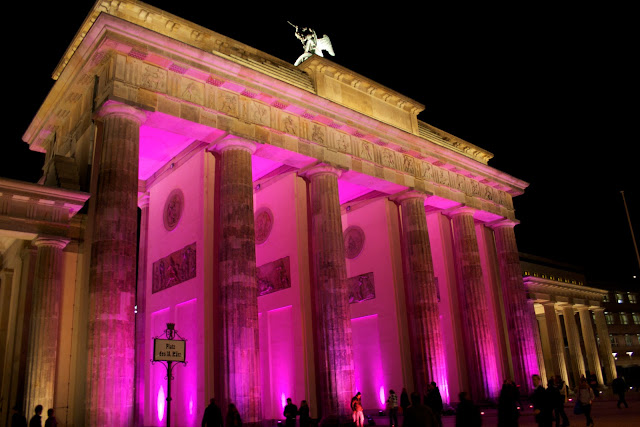